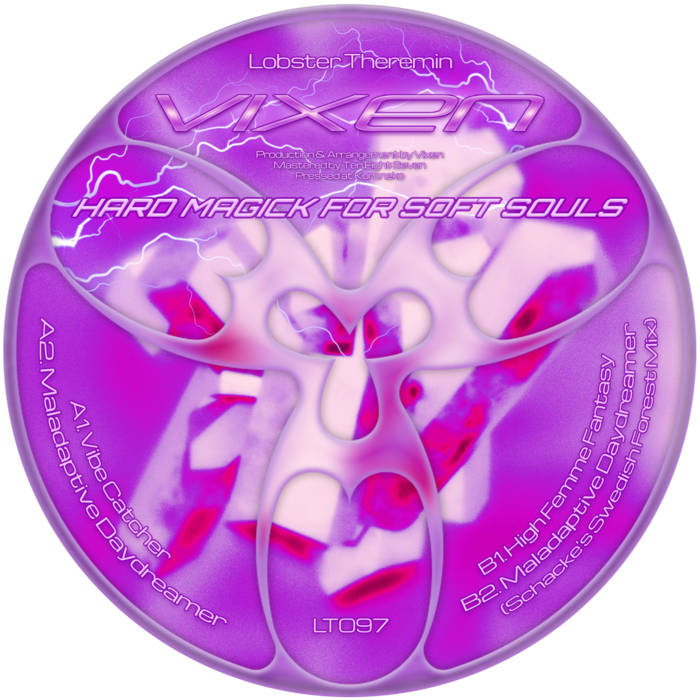 Copenhagen-via-Bulgaria producer Vixen readies her Lobster Theremin debut. Influenced by the high velocity techno sounds of the Danish capital, Vixen has been gathering momentum within her local circuit in addition to being a member of the renowned DIY collective Fast Forward, and here she delivers four cuts of big-room trance-techno.

‘Vibe Catcher’ is as ghostly as it is alien; a sonic trip through solar wastelands and otherworldly graveyards - unapologetic warehouse techno for the misfits of the underworld. ‘Maladaptive Daydreamer’ follows in a similar vein, the energy becoming a little more urgent as strobe lights flash overhead.

‘High Femme Fantasy’ is a homage to the progressive sound re-rise that has infiltrated so much of the contemporary dance music soundscape; a pulsating cut of atmospheric techno. Fun taken seriously.

Finalising the release is a remix from Danish contemporary royalty - Schacke burst onto the scene releasing on Courtesy’s Kulør label - an imprint dedicated to the sounds of the Danish underground - and an incredible release on Russian label Клуб, and the producers rendition of ‘Maladaptive Daydreamer’ is sure to be a late contender for many people’s track of the year lists.